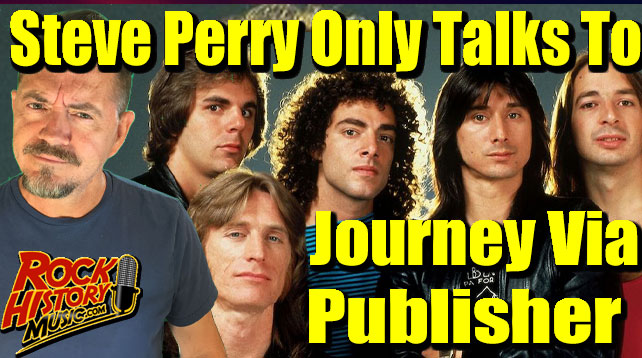 May 10, – Steve Perry Is Never Rejoining Journey: Only Talks To Band Via Publisher
If the Rock and Roll inclusion(in 2017) was not enough to get Steve Perry back in Journey it looks like nothing will – he’s done and he means it. He doesn’t even talk to his old bandmates only via his publisher.

Jonathan Cain says, “He’s already said, in so many words, that he’s not interested in a relationship with me or Neal [Schon],”

“I remember when we decided to move on without him [in the ’90s],” Cain added. “Steve pretty much said, in so many words, ‘Lose my number.’ I don’t have Steve’s number and I don’t talk to him. If he needs something, the publisher reaches out to us.”