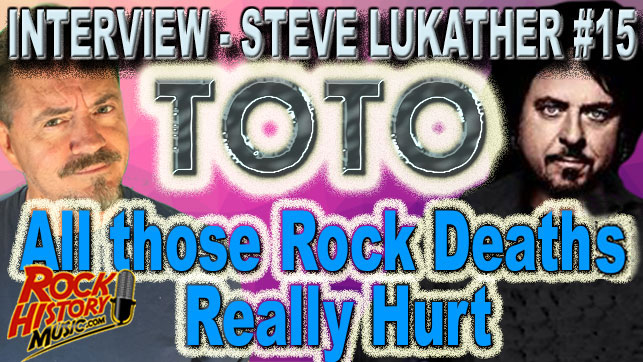 Check out the video below

In 2016 we felt like we were doing an tribute/obituary at least once a week. And the two years since haven’t been much better. Steve Lukather and I talked about that.

Since we were being a little nostalgic I asked him about how technology has changed the music industry. Clip