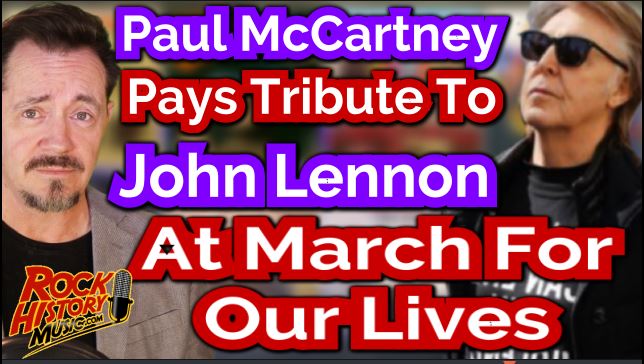 Today the famous Beatles singer joined the crowd in solidarity with protesters against Gun violence.

He told a CNN reporter: “As you know, one of my best friends was shot not far from here. ‘It is important to me,” Lennon was murdered on December 8, 1980 in front of his The Dakota Building by Mark David Chapman.

McCartney was with his wife Nancy Shevell. He wore a t-shirt saying ‘we can end gun violence’. Mccartney also said, ‘You know I am like everyone. I don’t know [if we can end it] but this is what we can do so I am here to do it,’ he said. Paul also encouraged young people to vote’. He told them, “You can make the change. It is up to you.”

Many celebrities took part in the march today across the country including George and Amal Clooney, Ariana Grande, Common, Lin-Manuel Miranda, Jennifer Hudson and Amy Schumer. – by John Beaudin