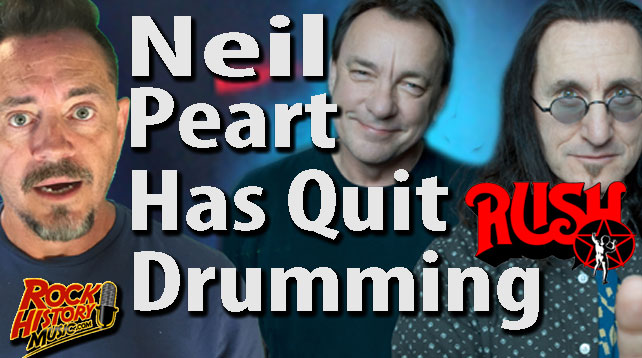 Geddy Lee Says Neil Peart Has Given Up Drumming All Together

The Rush bassist was on Trunk Nation on SiriusXM promoting his new book “Big Beautiful Book Of Bass” when, of course, the future of Rush came up. Lee says that he and Alex Lifeson live close to each other so they connect quite often and that they both visited Neil Peart a few weeks ago. He said, “He’s not drumming any more and he’s living his life which is fine. Alex and I are cool with it. We’re all still total pals.

The information was always there. We had all the signs. Psychically it’s been challenging for Peart to drum and now he’s done – not only retired from Rush but retired from drumming.

The R40 tour was their last from 2015 and both Lifeson and Lee have said that the band was done though there have been hints on some new music. Lee said, “And, of course, Alex lives very near to me, so we’re constantly going out to dinner, because he loves to drink everything in my wine cellar! We’re still pals, and we all talk, but that period of our life is done.”

Lee adds: “Is there more music to come from myself and from Alex? Most certainly. I don’t know when or what shape that will take.”

Lifeson is working on a new album with drummer Marco Minnemann. – by John Beaudin