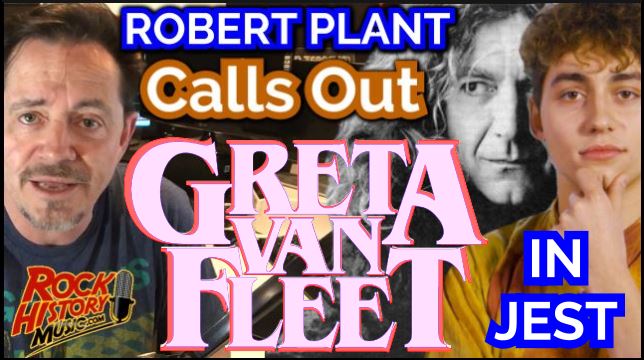 It’s no secret that Greta Van Fleet sound a lot like Zeppelin. A few days ago Robert Plant talked to Ryan “Fitzy” Fitzgerald of Australia’s Network Ten, he said “There’s a band in Detroit called Greta Van Fleet, they are Led Zeppelin I. Beautiful little singer, I hate him!” He joked. Then he goes on to say, “He Borrowed His Voice From Somebody I Know Very Well.but what are you going to do? At least he’s got a bit of style, because he’s said he based his whole style of Aerosmith *rolls eyes*.” He’s talking about Greta Van Fleet’s lead singer Josh Kiszka.

The band formed in 2012 in Michigan. So far they only have two EP and are finishing up their first full album.

Link to the original video with Plant https://www.youtube.com/watch?v=fWpEWso-8Og – by John Beaudin