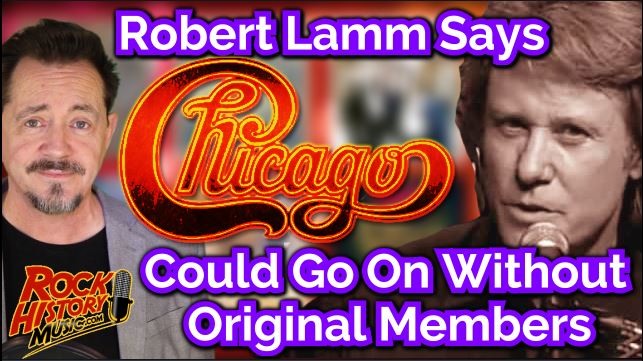 Lamm talked to Billboard magazine to promote VI Decades Live (This Is What We Do) their new four CDs and a DVD that highlights material from 1964-2014. The set features their famous 1970 Isle of Wight Festival show.

Lamm says a lot of the material was thought to be inferior soundwise which is probably why it hadn’t seen the light of day. Chicago trumpeter Lee Loughnane kind of the archivist for the group and he oversees everything that’s released.

As for Chicago going on without any original members? Lamm told Billboard, “I think there’s a feeling about that among the guys who would be left who are in the band. I think there’s a feeling that instead of being just Chicago it’d be like the Chicago little symphony, if you will. Players go in and players go out. So I think that’s a possibility, yeah. We’ve played some gigs with the current Blood, Sweat & Tears, and I think that from the listeners’ point of view it sounds like Blood, Sweat & Tears even though they don’t recognize anybody on the stage from the first couple of albums, and it doesn’t seem to matter much. I think that could be the case with (Chicago), too.”

In January Chicago lost two members bassist and vocalist Jeff Coffey and drummer Tris Imboden. Percussionist Walfredo Reyes Jr moved to drums and Daniel de los Reyes joined in for percussion plus Canadian vocalist Neil Donnell stepped in. Lamm says, “Well, starting with the death of Terry Kath we’re no strangers to updating the lineup if you will. A lot of lip service was given to the concept that the music is more important than who’s playing it in our band, and as it turned out that’s apparently true. But also in a strange way the guys who are maybe a generation younger who have come to fill in are better players than we were when we started out, so I would say the level of skill has improved with each sort of injection of fresh blood. The new guys have made the band better and maybe have more energy than the standard band that was showing up in the 90s and early 2000s. I’ve learned an awful lot from them myself.”

Chicago will share the bill with REO Speedwagon this summer. – by John Beaudin