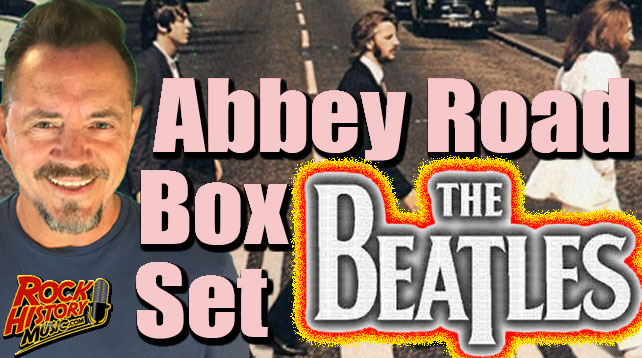 Ringo Starr Says Get Ready For the Abbey Road 50th Anniversary Box Set
August 2, 2019 – The 50th anniversary is coming up. The classic album was released September 26th, 1969 in the U.K. And October 1st in the U.S. Ringo says he’s particularity excited about the sound improvement for the box set. He told Billboard magazine, “I’ve loved all the re-releases because of the remastering, You can hear the drums, which got dialed down in the old days.”

We’ve already had some juicy remasters from the Beatles like 1967’s “Sgt. Peppers Lonely Hearts Club Band” and 1968’s “White Album.” Since the well is practically dry for quality unreleased material fans are left with acoustic or alternate takes of classic tunes but Ringo says he’d rather the focus be on the original released material adding, “I get a bit fed up, personally, with all those, like, Take 9 or Take 3, the odd takes that we didn’t put out, but that’s part of the box set and you have to do stuff like that. But I’ve always just listened to the record itself, what we put out in the ’60s or 1970, and it’s brighter.”
Ringo and his All Starr Band are on the road until September 1st.
How do you feel about these I get them because there is nothing else available but, of course, if there were unearthed tunes that I’d never heard that would be my go-to purchase. The hunger for the Beatles has not wavered so if it’s a 10th take of “Because” then many fans will go there. There is also an element of feeling closer to the creative process when listening to outtakes. – by John Beaudin