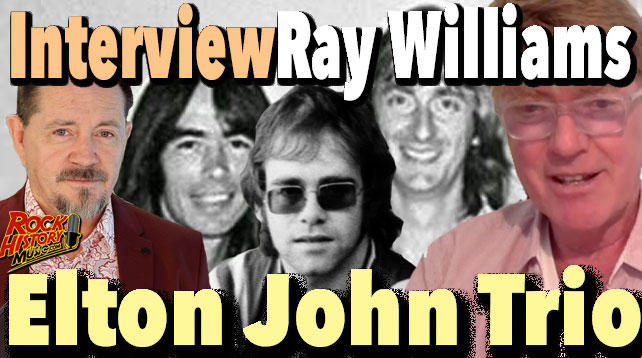 The Rock and Pop world have had its fair share of classic Trios like Rush, Cream, The Police, Emerson, Lake, and Palmer just to name a few but Elton John once had his own trio. In the early seventies, the singer would often team up with drummer Nigel Olsson and Dee Murray on bass. In fact, it was this band that debuted Elton’s music at the Troubadour in L.A. on August 25, 1970. In this clip, Ray Williams (who introduced Elton to his songwriting partner Bernie Taupin) talks about that classic three-piece.

CHECK OUT THE VIDEO FOR THIS STORY – BELOW