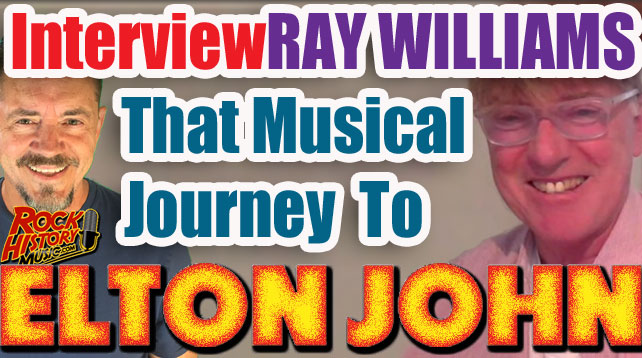 October 30, 2019 – Ray Williams had accomplished much before discovering Elton John and introducing him to songwriting partner Bernie Taupin. As a teen, he was a huge music fan who got his start via Cathy McGowen and the “Ready Steady Go” TV variety show in England. In this clip, he talks about just a few of the industry folk and musicians that he worked with before discovering Elton (who went by his real name Reg Dwight back then). The list includes former Beatles publicity man Brian Sommerville, musicians like Tommy Roe, Sonny and Cher, The Kinks, Jeff Lynne and Idle Race and many more.