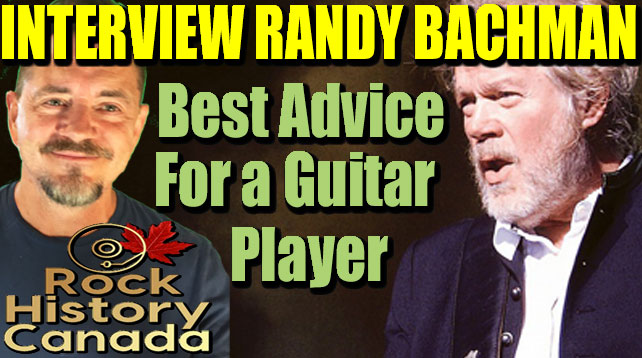 Randy Bachman On The Best Advice He Received As a Guitar Player
INTERVIEW CLIP #9 June 1, 2019 – I remember asking a very unhealthy chain smoking radio guy advice on how to get into radio in the early seventies, “Don’t” the big guy growled at me, “You’ll never make any money and be stuck in butthole Saskatchewan doing all nights.” That response, even back then, seemed more of a “him problem,” than my journey. We don’t all get great advice.

CHECK OUT THE VIDEO FOR THIS STORY https://youtu.be/ZXhtFJwJcyE