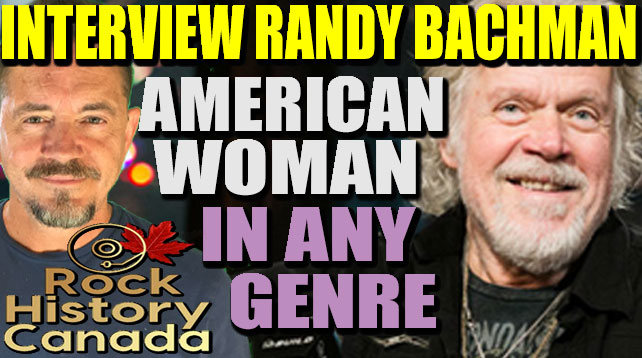 Interview Clip #6 – Randy Bachman On a Spur-of-the-Moment “American Woman” In Jazz
May 11, 2019 – Even though most fans know Randy Bachman as a rocker via his days with the Guess Who and Bachman Turner Overdrive the jazz thing was always their courtesy of many greats including his Winnipeg neighbor Lenny Breau who would go on to inspire thousands of guitarists. Breau died in 1984 – he was only 43. He grappled with much substance abuse in his life. There’s still much debate on whether he drowned or was murdered. Bachman has also released many Jazz tunes with his “JazzThing” albums and beyond. He told us about a Bravo TV special where he was put on the spot to do a Guess Who classic in Jazz.

CHECK OUT THE VIDEO FOR THIS STORY https://youtu.be/AQrDC8k5mCM

Almost everyone knows Bachman as one of the most influential guitarists in Canadian musical history but you might be surprised by his first instrument.