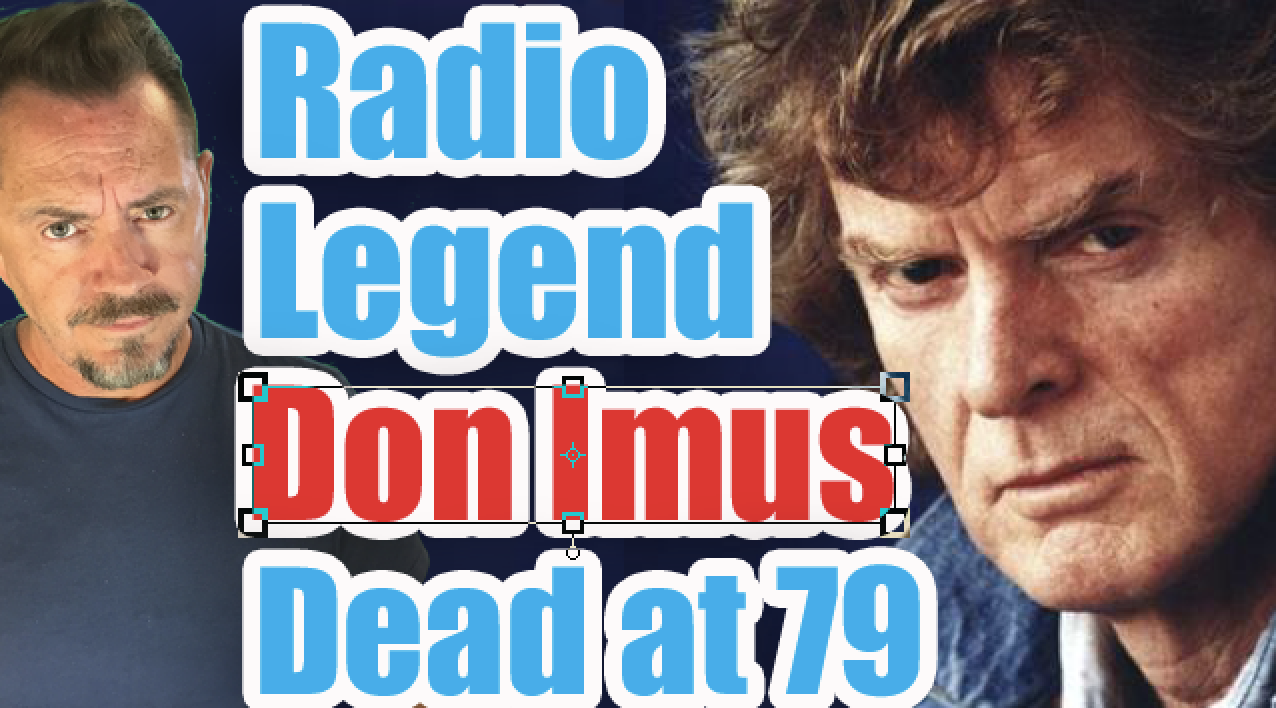 Radio Legend Don Imus Dead at 79 December 27, 2019 – He certainly was controversial and did the shock-Jock better than most. Imus died today at Baylor Scott & White Medical Center in College Station, Texas. He was brought in to the hospital on Christmas Eve. No cause of death has been released.

Like most radio guys he made a lot of different stops in his career but he was best known for his three-hour “Imus in the Morning” on WNBC in New York.

MSNBC and Morning Joe host Joe Scarborough said, “Morning Joe obviously owes its format to Don Imus. No one else could have gotten away with that much talk on cable news. Thanks for everything, Don.” Morning Joe acted as a fill-in for Imus after he was fired in 2007. That was when he sparked an outcry over his remarks about the Rutgers women’s basketball team. Through the years he was famous shocking his audience via ordering 1200 burgers from McDonald with impossible toppings or mocking political figures. Political analyst Jeff Greenfield, who once said, “He’s out there talking the way most of us talk when we’re not in public.”

He was born John Donald Imus Jr. on July 23, 1940, in Riverside, California. Imus was raised in Prescott, Arizona on a large ranch. He left high school join the Marines. On returning home he did many different jobs as a window dresser but was fired for stripping the mannequins, he was also a uranium miner and railroad brakeman but he injured his neck, got a cash settlement and that’s when he decided to sit down on the job. He went to a Hollywood broadcasting school and got his first job at KUTY, in Palmdale, California. It was during his eight-month at that radio station that he worked on comic skills. He then moved to KJOY in Stockton, California where the gags got riskier which resulted in him getting fired.

His next station manager at KXOA in Sacramento, California did appreciate his biting humor and encourage it. His famous “Imus in the Morning show at WNBC debuted in New York in 1971. More recently he was with Citadel Media and the Fox Business Network.

Through the years he certainly lived a life of excess in that Rock and Roll kind-of-way and was diagnosed with prostate cancer a few years ago. He was well known for his philanthropy along with his wife Deirdre they founded the Imus Ranch in 1999 where children dealing with cancer could go to camp. – by John Beaudin