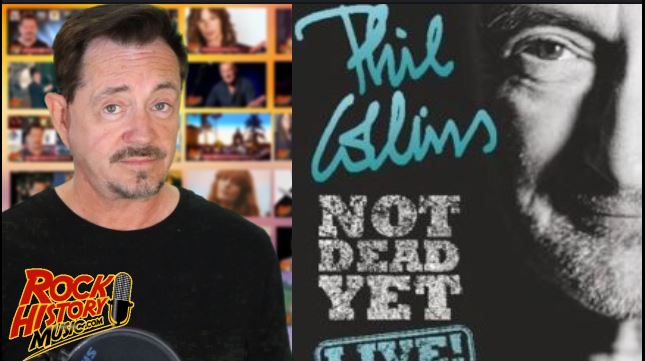 It’s not a Genesis reunion but Phil and company will do 15-date on the U.S. version of the “Not Dead Yet, Live!” which will launch launch on October 5th in Ft. Lauderdale, Florida and wind up October 28th in Los Angeles.

Just a reminder the band still has guitarist Daryl Stuermer who was also a touring member of Genesis, keyboardist Brad Cole, bassist Leland Sklar and percussionist Luis Conte. In keeping with Phil’s solo sound there is also a horn section and Phil’s 16-year-old son, Nicolas on drums.

If you are a Citi card-member you and register for pre-sale tickets now through this Wednesday (May 9th). Keep in mind the pre-sale goes on from Friday May 11th until Sunday May 13th. All the other general tickets are up for grabs on Tuesday, May 15th at 10 a.m.

Phil’s set list so far has looked like this lately, Against All Odds, Another Day in Paradise, I Missed Again, Hang in Long Enough..Three Genesis songs, Throwing It All Away, Follow You Follow Me and Invisible Touch, Who Said I Would, Separate Lives, Something Happened on the Way to Heaven, In the Air Tonight, You Can’t Hurry Love, Dance Into the Light, Easy Lover, Sussudio and the encore Take Me Home

This year is the 50th Anniversary of Genesis? – by John Beaudin

For Dates go to PhilCollins.com