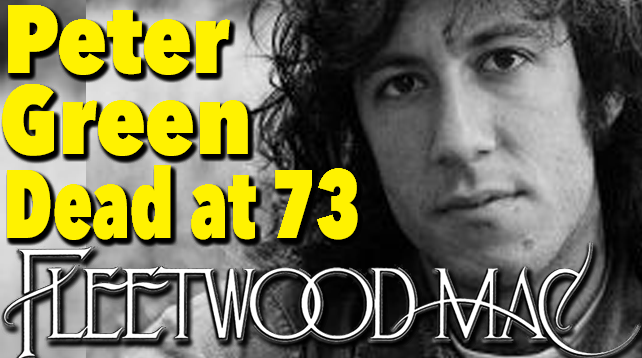 He was a hugely influential guitarist. RIP Peter Green.

When fans talk about the early magic of Fleetwood Mac Peter Green was a huge part of that. In fact the band was first named “Peter Green’s Fleetwood Mac.” As a guitarist he influenced many but his mental health issues got in the way of what could have been a much longer career.

He founded Fleetwood Mac with his old friend Mick Fleetwood. The pair had worked together along with John McVie in John Mayall Bluesbreakers. Green would new there from 1967-1970. His heavy drug used contributed to his downfall. After the Mac experience he was diagnosed with schizophrenia. For a while he moved in with his brothers family for healing time.