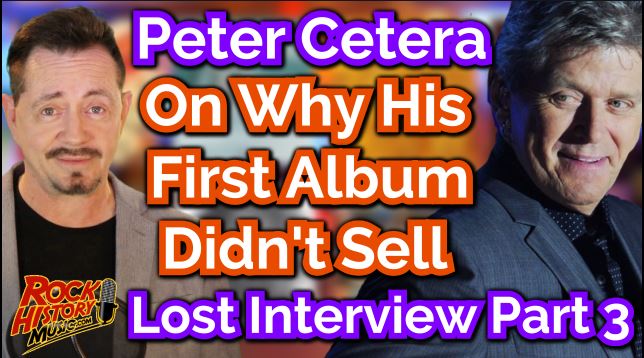 The singer left the band Chicago in 1985 right after their hit album “Chicago 17” and even though he seemed to branch out on his own quickly with two hits, “The Glory Of Love” from the Karate Kid II and “Next Time I Fall” a duet with Amy Grant those two songs were actually from his second album “Solitude/Solitaire” from 1986. His first self titled album came out much earlier in 1981. It did not exactly make a splash on the charts. Cetera has some ideas on why it tanked. (CLIP)

Cetera says he’d been thinking of leaving the band for quite a while before it actually happened. (CLIP)