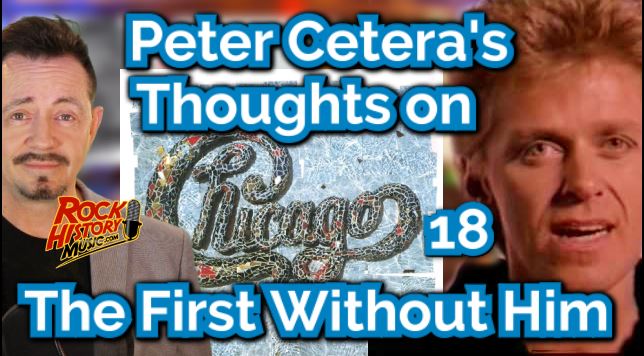 That album without Peter Cetera was released September 29, 1986. It was a great project with two big hits, “Will You Still Love?” and “If She Would Have Been Faithful.” The former peaking at #3 on the Billboard charts.

Being a founding member of Chicago of course he was curious about it’s sound but first his opinion on the group re-doing their classic 1970 hits “25 or 6 to 4” on Chicago 18? CLIP