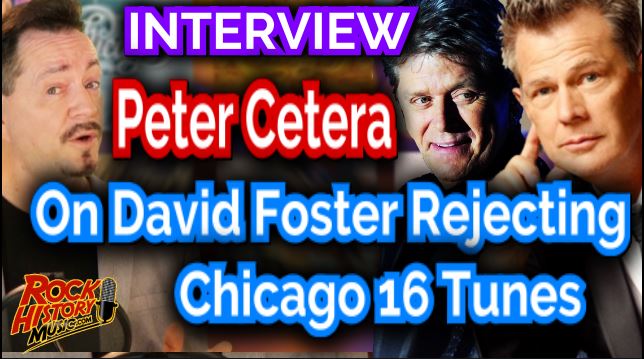 Foster might have been criticized for bringing Chicago more into a David Foster band but that first album he produced, “Chicago 16,” in 1982 reached #9 on the Billboard chart. Other than it’s follow up, “Chicago 17” two years later (also produced by Foster) which peaked at #4 it was the last time the band had a Top 10 studio album.

We heard the stories that on first working with the band David Foster rejected the bands songs on Chicago 16. So Was Peter Cetera’s songs rejected? CLIP

Peter Cetera says “You’re The Inspiration,” one of the four hits from the album was especially special for him. (Clip)