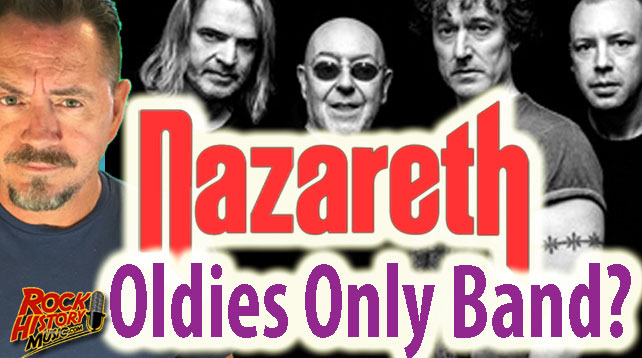 Check out the entire video here

A lot of classic Rock band are content with touring and not releasing new music. We’ve all heard some of these bands say their new music doesn’t sell so why bother. To Pete Agnew, who is the only original member of the band left, releasing new music is very important. (Clip 005)

Nazareth has just released their 24thstudio album, “Tattooed On My Heart.” We will have more from our cconversationwith Peter Agnew of Nazareth next week. We will have a link to Nazareth’s website in the description of this video.http://www.nazarethdirect.co.uk/website– by John Beaudin