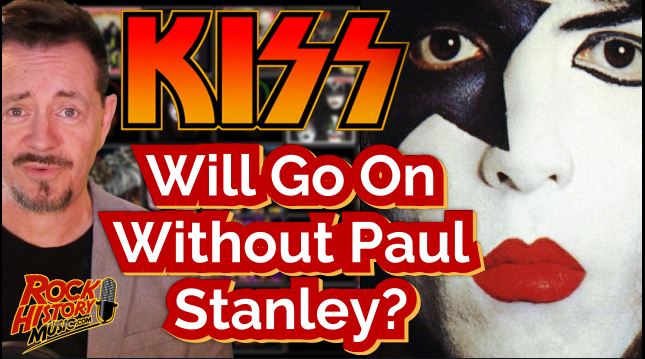 In the distant future some kids will look up to his dad and say, “Hey, pop, Wiki says this Kiss band has had 389 musicians come and go from the band, that’s almost as much as Santana.” Paul Stanley has hinted at it for a while that Kiss could go on forever. On earth’s final day, there will only be three things left, a Subaru Outback, a handful of cockroaches in the backseat and Kiss’ “Detroit Rock City” blaring out of the speakers.

He told Billboard magazine, “The thought of me not being involved certainly comes to mind, I’m not sure about the idea of Kiss coming to an end. We’ve built something that’s so iconic, and I think it transcends any of the members so I can certainly see me not being there, seriously. There was a time where people said it had to be the four of us and those people are already 50 percent wrong. So I’m betting [another absence] could be overcome too.” He and Gene Simmons are still in Kiss but Ace Frehley and Peter Criss are gone.

Stanley says the reason for leaving the band? “I don’t want to go leave home, I have a family and I have children and, honestly, I think my primary responsibility is to be a dad, and I don’t want to miss out on that. And certainly, as we got older, we know that life is finite and I pick and choose what I want to do at this point.”

He still see’s himself doing another big world tour with Kiss and Simmons but not in 2018 but right now Stanley is concentrating on his art. He has two shows in Florida this weekend. – by John Beaudin