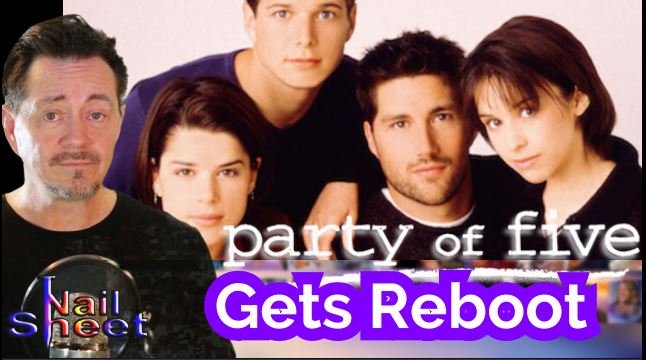 ‘Party Of Five’ Get Reboot With Immigration Twist

First off, this is not a “Roseanne” or “Full House” type of reboot. Its more like the “One Day At a Time” thing where they’re not bringing back our favorite character but reinventing the story with different characters and actors.

The original Party of Five, ran from 1994-2000, starred Scott Wolf, Matthew Fox, Neve Campbell, and Lacey Chabert. The new series is not about sibling losing their parents to death but an deportation order. Plus original series’ creators Chris Keyser and Amy Lippman are on board.

Too bad since Scott Wolf said a few years a go he would be game for a reboot only if all the cast members would be involved. Did they try to get the original cast back together? Wolf has been starring in “The Night Shift” recently, Matthew Fox’s last big series was “Lost” which ended in 2010, he’s done 5 movies since, Neve Campbell is in House of Cards and is filming two movies right now and Lacey Chabert is in Justice League Action and is also filming a few movies. Would they even have time to play those old characters?