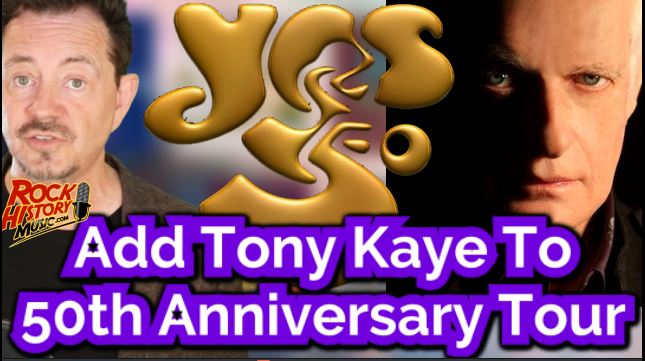 This is great news for many fans since there was criticism that the official version of the band actually had not original members from their first album in 1969. More on that later.

The group also announced another special guest artist Roger Dean who designed many of their album covers. He’s set to appear at the merchandise table on several dates on the tour. He will be selling special prints including a limited edition of his famous cover from 1974’s “Relayer” album. Also former keyboardist Patrick Moraz who was on “Relayer” (he was also in the Moody blues for quite a few years) and another ex-Yes keyboardist Tom Brislin will also make appearances on the tour, Also go to YesWorld.com for news on the Yes convention.

Original Yes vocalist Jon Anderson is now in the ARW version of the band, guitarist Peter Banks died in 2013 at the age of 65, bassist Chris Squire died at 67 in 2015 and Bill Bruford retired a few years ago. Though the band says he’s a special guest and not officially back in the band he does bring some much needed lineage into Yes. Longtime Yes guitarist Steve Howe joined on their third album simply title “The Yes Album” in 1971 and drummer Alan White first appeared on the live set Yessongs in 1973. The current version of Yes also features Geoff Downes who joined in the early 80’s, left and came back in the early 2010’s, Billy Sherwood has been there about three years and Jon Davison since 2012.

There will also be vinyl box set comprised of remixes by Steven Wilson of five of their big albums. The Yes Album, Fragile, Close to the Edge, Tales From Topographic Oceans and Relayer.

Get the dates for their 50th Anniversary tour go to YesWorld.com – by John Beaudin