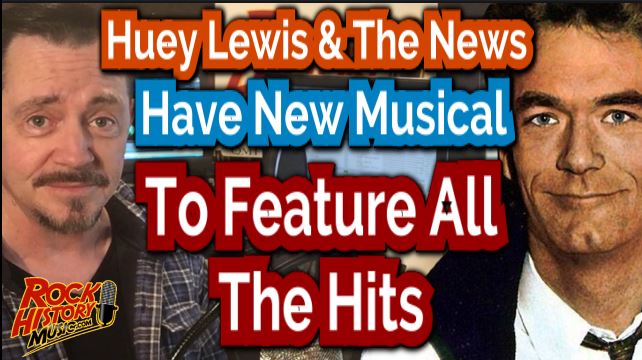 When You look at some of the best musicals based around pop acts like Abba, Billy Joel or Foreigner sometimes the common denomitor is great, catchy, mostly feel good driving tunes. Who does that better than Huey Lewis and the News?

The bands music will be the theme of a new stage musical called “Heart of Rock and Roll.”

Huey Lewis just announced the musical via short video clip today featuring Jimmy Kimmel proclaiming he was quiting his job to play Lewis in the musical..to which Huey responds that the show is not really about him.

The musical will feature the hits, “The Power of Love,” “Hip to Be Square” and “If This is It.” So far they have not released the storyline or a release date.

I was in radio school when they band broke out on their second album “Picture This” in 1982 and I remember playing 5 hits from the follow up “Sports” the following year on the air. “Heart and Soul,””I Want a New Drug,” The Heart of Rock & Roll,””If This is It” and “Walking on a Thin Line.” Then in 1985 “The Power Of Love” (from “Back to the Future”) – their first of 3 #1 hits. The other two were “Stuck with You” in 1986 and “Jacob’s Ladder” written by Bruce Horsnby and his brother. They also had two #1 albums “Sports” and “Fore.” – by John Beaudin