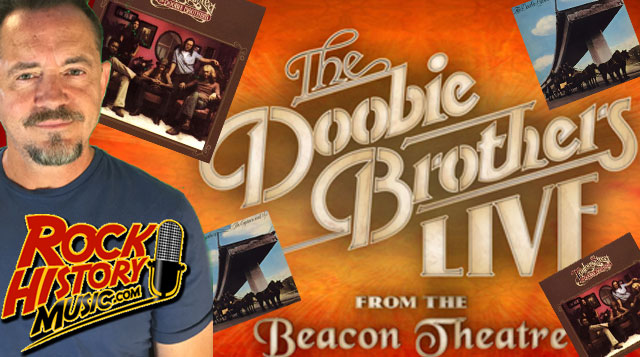 New Doobie Brothers Live Album To Feature Entire Toulouse St. & Captain & Me
May 14, 2019 – The new live album coming out June 28th is called “Live From the Beacon Theatre.” and features the group performing their second and third albums in their entirety. 1972’s “Toulouse Street” which featured their very first hit “Listen to the Music” which peaked at #11 and “Jesus Is Just Alright” which peaked at #35 and favorites like “Don’t Start Me to Talkin’. “The Captain and Me” from the following year included their #8 hits, “Long Train Runnin,” “China Grove” which reached at #15 and album favorites like the opening track “Natural Thing’ and “South City Midnight Lady.”

You can preorder the two-CD set, CD/DVD combi or Blu-ray at the band’s website. There’s also music and T-shirt combos.

The Doobie Brothers are going off on the road with Santana this summer. The shows kick off on June 22 in Phoenix until August 25 in New York.

The Doobie Brothers, ‘Live From the Beacon Theatre’ Track Listing

Disc Two: ‘The Captain and Me’