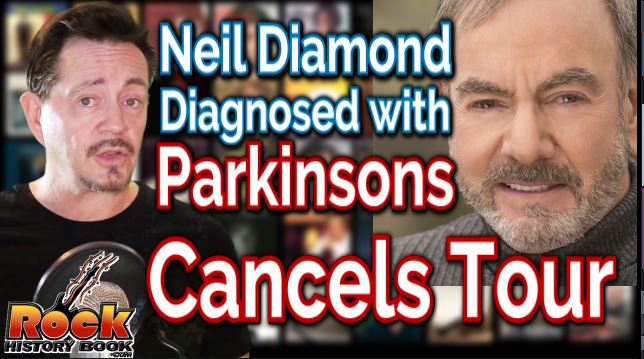 Legendary singer, songwriter and performer Neil Diamond today announced his retirement from touring due to his recent diagnosis of Parkinson’s disease. The onset of the disease has made it difficult to travel and perform on a large scale basis but will allow Mr. Diamond to continue his writing, recording and development of new projects. Based on his doctors’ advice, the third leg of Diamond’s 50th Anniversary tour, set to land in Australia and New Zealand this March, has been cancelled. 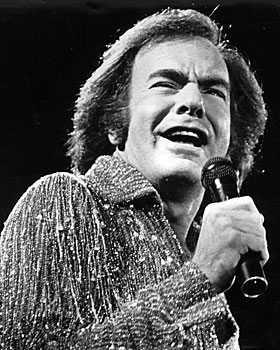 “It is with great reluctance and disappointment that I announce my retirement from concert touring. I have been so honored to bring my shows to the public for the past 50 years,” said Neil Diamond.”My sincerest apologies to everyone who purchased tickets and were planning to come to the upcoming shows.

I plan to remain active in writing, recording and other projects for a long time to come.

He released “The Feel of Neil Diamond” in 1966 and released over 30 albums, not counting 8 live albums including the iconic “Hot August Night” in 1972 and almost 50 variations of “Best Of” packages.

His Top 10 albums include the 1973 soundtrack to “Jonathan Livingston Seagull,” “Serenade” in 1974, “Beautiful Noise” two years later. His style started getting more middle of the road in the mid 70’s but he was still charting in the Top 10 with 1977’s “I’m Glad You’re Here With Me Tonight,” “You Don’t Bring Me Flowers” from 1978, “September Morn” 1979 and the soundtrack to “The Jazz Singer” which he also starred in.

He had tons of hits including “Cherry, Cherry,””Kentucky Woman,””Red, Red Wine,” and “Sweet Caroline” among others in the 60’s.

In the following decade he became one of the biggest artists in the world with top 10 hits like “Cracklin’ Rosie,””I Am…I Said,””Song Sung Blue,”

“Longfellow Serenade” and his duet with Barbra Streisand “You Don’t Bring Me Flowers.”

His biggest hits in the 80’s include “Love on the Rocks,””Hello Again,””America” and “Heartlight.” – by John Beaudin