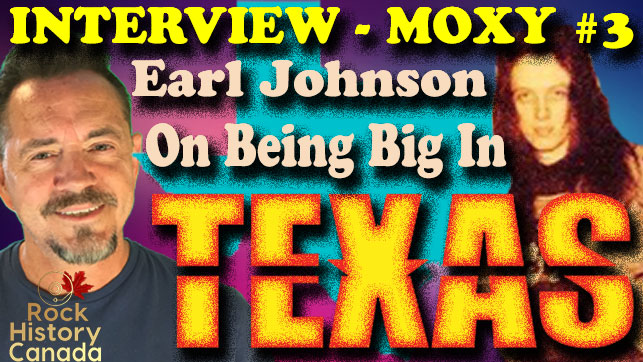 I remember in the mid-seventies we would talk about Moxy’s “Texas Craze” Here was a band still trying to make a name for themselves in Canada but were treated like superstars in one state – Texas.

We will have more of our interview with Moxy’s Earl Johnson next week.