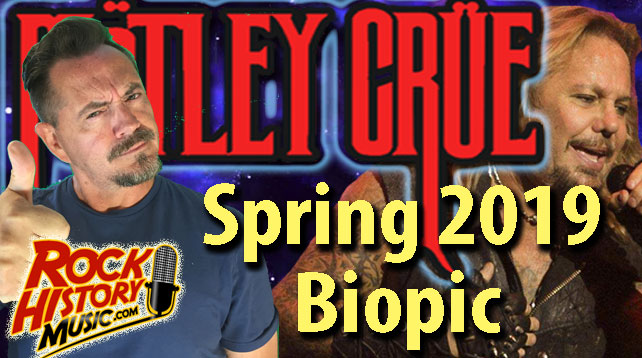 Motley Crue Biopic ‘The Dirt’ Will Premiere March 22, 2019
The bands biopic is coming out this spring according to their singer Vince Neil who just saw the movie at the offices of Netflix. He tweeted, “Wow!!! Just left Netflix offices. Just saw The Dirt movie!! Fuckin’ awesome!! Can’t wait for everyone to see it! Released March 22!! Yea!!!”

To say that this movie comes locked and loaded, warts and all would be an understatement. It’s based on “The Dirt: Confessions of the World’s Most Notorious Rock Band” from 2001 that was cowritten by the band and Neil Strauss. It’s a perfect storm on the excess of rock and roll. It’s nothing short of a miracle that these guys are even alive.