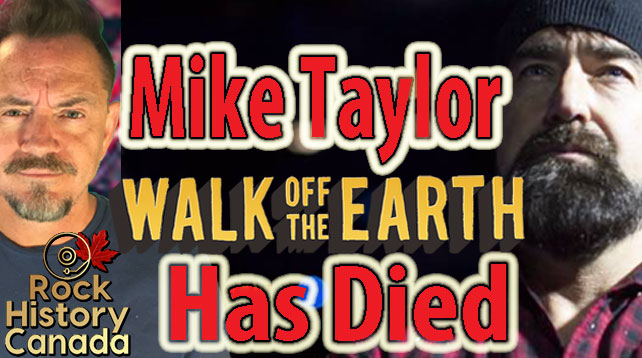 Mike Taylor of Walk Off the Earth Has Died

The band released the following statement, “It is with profound sadness that we announce the passing of our beloved brother and band member.”

The keyboardist and vocalist died in his sleep of natural causes last night.

The indie band from Burlington, Ontario are most famous for their take on Gotye’s hit “Somebody That I Used to Know” – the band’s video for the tune has had 185 million views.

Walk off the Earth also said in their statement, “Mike had a love for life that was unmatched and a willingness to give that went beyond ordinary means.”

The band were set to perform tomorrow night for a New Years Eve show with Burton Cummings and the Sheepdogs in Ontario.

Taylor was also know as “Beard Guy” and he had two children.