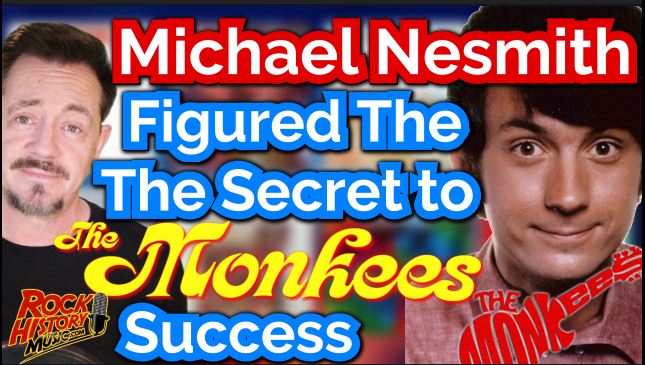 There’s a great new interview with Nesmith in Mojo magazine. We will put a link in the description of this video.

Whether you grew up in the 60’s or 70’s the Monkees were in your path. Their TV show aired on NBC from September 12, 1966 to March 25, 1968. Not a long tenure but it did have a huge effect on the bands breakthrough. The show and the band was modeled after the Beatles films, “A Hard Day’s Night” from 1964 and “Help” from 1965 and like the fab four featured weekly hi-jinks.

Mojo asked him if there was strange fate that got him together with Micky Dolenz, Peter Tork, and Davy Jones? He said, “We were all quite different and we were all cast to be quite different. It was not a mistake, or serendipity. (The shows) producers through a very wide net. There was no feeling like the stars had aligned the way they did with The Beatles or The Bryds or The Stones. If you’ll forgive me, a homely metaphor, it was like being ingredients in a soup. Television was the soup and if one of us was potato, the other was turnip. But we were all the soup.”

And what was it that made The Monkees TV show such a phenomenon? Nesmith says, “I feel somewhat conceitedly or modestly that I know exactly what it was. It was television. Television had taken a place in the American psyche that was dominant, it controlled the American thinking. At the time, television was the high-speed medium. It had elected a president, it has buried a president, and we were starting to take a look at who we were through it prism. All one has to do is go back and look up the top 10 shows at the time and you will see the culture memes buried there, the icons that came forward from it and also see culture philosophies of the time. We have the same scale of single ideas in our internet now, but there is a huge spread online. Nothing quite comes together like 74 million people watching The Beatles on Ed Sullivan.”

Nesmith says he has a sense of duty to help preserve the Monkees, Adding, “You are always sad to see a part of your life go. And Davy had a family so it had all the usual accouterments of sad, sorrowful things. But The Monkey’s was not ours. The Monkey’s belonged to Screen Gems Television, and now, it really belongs to the fans. The fans own it completely, emotionally and financially in a way. As long as the fans own it, I am up for coming on and playing my part.” – by John Beaudin