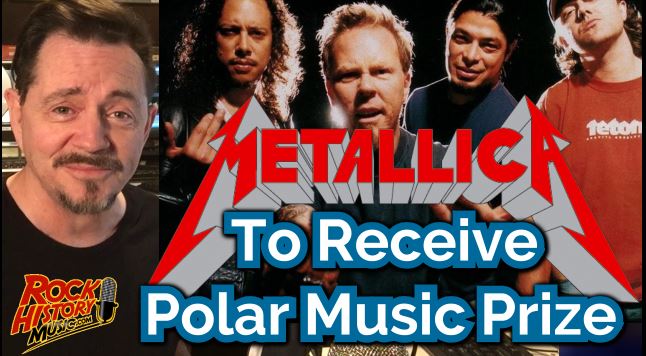 It’s the Nobel Prize of music and Metallica is receiving it this spring. The award recognizes international excellence in music. The prize also comes with $126 thousand which the band will donate to “All Within My Hand” an organization that helps via food band donations and workplace education.

Polar Music Prize’s website released the following message: “Not since Wagner’s emotional turmoil and Tchaikovsky’s cannons has anyone created music that is so physical and furious, and yet still so accessible, Through virtuoso ensemble playing and its use of extremely accelerated tempos, Metallica has taken rock music to places it had never been before. In Metallica’s world, both a teenage bedroom and a concert hall can be transformed into a Valhalla. The strength of the band’s uncompromising albums has helped millions of listeners to transform their sense of alienation into a superpower.”

Lars Ulrich told the BBC, “It puts us in very distinguished company, It’s a great validation of everything that Metallica has done over the last 35 years. At the same time, we feel like we’re in our prime with a lot of good years ahead of us.”