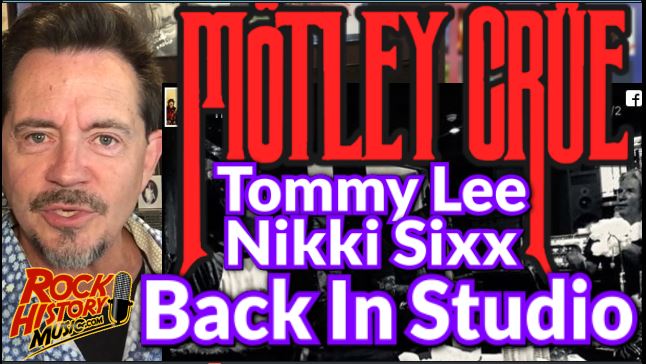 Could there be another big reunion coming in the rock world? Some of the parts seemed to have come together today for Motley Crue when Tommy Lee, Nikki Sixx and producer Bob Rock were spotter together in a studio.

Motley Crue’s Tommy Lee and Nikki Sixx spent some time in the studio today with Bob Rock who produced their ‘Dr. Feelgood’ from 1989 (which was their highest charting album – it went to #1), and the self titled album from 1994. Tommy Lee posted a photo and video on social media saying, “It’s that new shit!!!!,” The bands Facebook page just posted todays date.

Guitarist Mick Mars and vocalist Vince Neil were not in the photo and doesn’t this sound like the AC/DC thing all over again. Are they recording new music? Sure looks like it. Netflix will release a Motley Crue biopic ‘The Dirt’ based on their book from 2001.

‘Saints Of Los Angeles” was the groups last album in 2008. – by John Beaudin