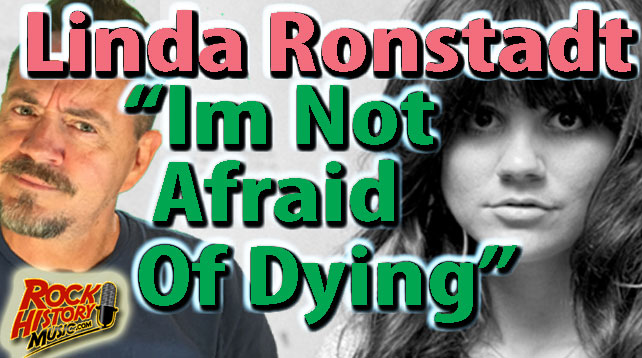 Linda Ronstadt: “I’m afraid of suffering, but I’m not afraid of dying”
February 2, 2019 – “CBS Sunday Morning,” interviewed Ronstadt about her career, Parkinson’s and death. We will have a link to the interview in the description of this video.

She told Tracy Smith that it all started in 2000 when she realized she couldn’t sing and was yelling in concert trying to perform her songs. By 2009 she was done and retired from the stage before she even knew what was wrong. She only found out she had Parkinson’s in 2013. Now she can’t even sing in the shower.

Ronstadt isn’t angry she said, “When you’ve been able to do certain things all your life, like put your shoes on and brush your teeth or whatever – when you can’t do that, you sort of go, ‘What’s this?’ You know, what’s happening here? Come help me with this. And then you have to learn to ask people to help, and that took a little doing. But I do that now, because I need the help.”

As for the future? The singer said, “I’m sure they’ll find something eventually, They’re learning so much more about it every day. If not, I mean, I’m 72. We’re all going to die. So, they say people usually die with Parkinson’s. They don’t always die of it because it’s so slow-moving. So, I’ll figure I’ll die of something. And I’ve watched people die, so I’m not afraid of dying. I’m afraid of suffering, but I’m not afraid of dying.”

This week Ronstadt released her first-ever live album, “Linda Ronstadt Live in Hollywood,” 12 tunes recorded in 1980 which was originally shot for an HBO special. – by John Beaudin