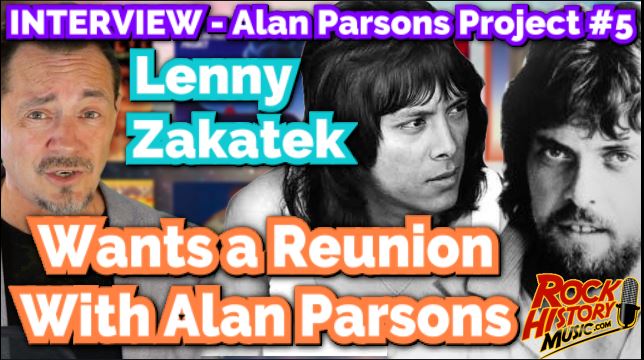 Alan Parson actually produced Lenny’s self titled album from 1979. Look it up on YouTube it’s amazing especially the tune ‘Do It Right’ – we will put links to it in the description of this video. The album fell through the cracks we asked him about that. All the Alan Parsons Project fans will remember the band Keats which was an offspring of players from the Parsons project. CLIP 001