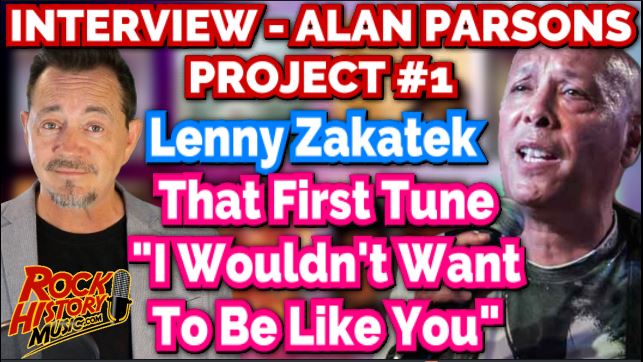 This is part one of our exclusive interview with former Alan Parsons project lead singer Lenny Zakatek. Next to Alan Parsons’ partner Eric Woolfson who sang on 17 of the bands songs Zakatek was used the most with 12 lead vocals. In fact up To “Ammonia Avenue” Lenny had more songs with10 and Eric had 9. That was 1984.

Lenny Zakatek joined the Alan Parsons Project with their second album, the classic, ‘I Robot’ released on June 1, 1977. He got the gig via his reputation with the R&B/funk band Gonzalez. Here’s part one of our chat with Lenny Zakatek. CLIP 002

Lenny will be performing the music of the Alan Parson Project in Italy on June 21st. Go to his website

http://lennyzakatek.co.uk/ for information. We talked about that show CLIP 017