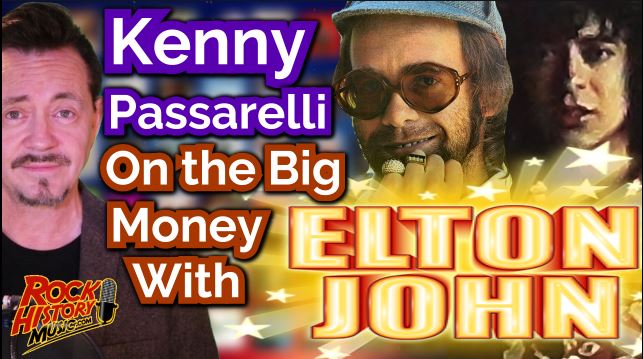 Here Kenny talks about the money he made with Joe Walsh, Stephen Still and Elton John. How the breakup of that version of the Elton John band was so hard on drummer Roger Pope who died in 2013. Also he chats about touring with Hall & Oates before they really crafted their sound for a stage show.

It’s not everyday that one gets to chat with the bass institution that is Kenny Passarelli. Long before his days with Elton John on both Rock of The Westies and Blue Moves he was creating with Michael Stanley, Rick Derringer, Dan Fogelberg, and Stephen Stills. and a Rock and Roll institution as bassist and co-writer of Joe Walsh’ Rocky Mountain Way.

After Elton he had snits with Hall and Oates

This Summer he was inducted in Colorado Music Hall of Fame along Joe Walsh and Barnstorm also the late Dan Fogelberg who Kenny also played with. – by John Beaudin