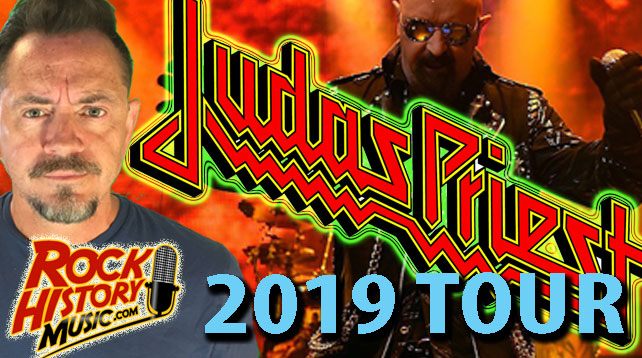 The “Firepower” tour will start in spring 2019 and will help celebrate the bans 50thanniversary and that 18thstudio album.

The band promised this in a statement, “new first-time performances born out of Firepower, as well as fresh classic cuts across the decades from the Priest world metalsphere. Our visual stage set and light show will be scorching a unique, hot, fresh vibe — mixing in headline festivals, as well as the in-your-face venue close ups. We can’t wait to reunite and reignite our maniacs … THE PRIEST IS BACK!”

Dates start off in Hollywood, Florida on May 3rdand wrap up on June 29 in Vegas. Guitarist /producer Andy Sneap will again fill in for Glenn Tipton who’s dealing with Parkinson’s disease though Tipton has been making cameos during the encores.

“Firepower” was the bands highest charting album in the U.S. Peaking at #5 on Billboard. It charted at t#5 in the U.K. As well making it their second highest peak after “British Steel” which peaked at #4. 2014’s “Redeemer of Souls” peaked at #6 in the U.S. And #12 in the U.K. – by John Beaudin