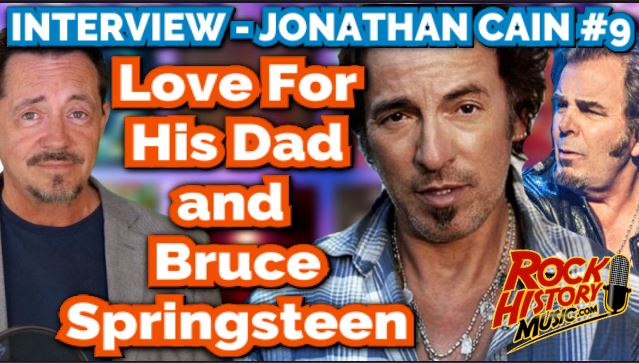 INTERVIEW CLIP #9 Jonathan’s Cain Love & Respect For His Dad & Bruce Springsteen
In part nine of our conversation with Journey’s Jonathan Cain we asked about his love for Bruce Springsteen who he emulated in the early part of his career.

Springsteen talked about his dad in his book. He seemed to have a different relationship to his dad than you did. You were close to you dad. He sounded like a very encouraging man.