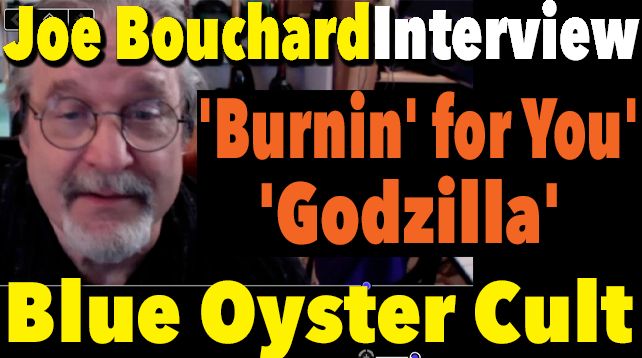 Joe Bouchard left Blue Oyster Cult in 1986 but loves to talk about his old band & Hits. The tune ‘Godzilla” was a single from the 1977 album ‘Spectres.’ Though it wasn’t a hit single it remains a fan favorite, As for ‘Burnin’ for You” from 1981 and the ‘Fire of Unknown Origin” project, it reached #34 on the Billboard chart.