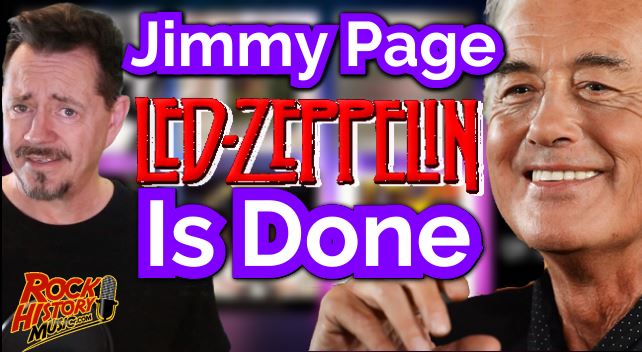 As for any further new activity from Led Zeppelin Page told Planet Rock “I very much doubt it,” You’ve just got to face facts. We’ve gone past the 10th anniversary of the O2 [show], where we managed to do one serious concert. That’s the only thing that we’ve done for such a long time, so I very much doubt we’ll do anything else. I really think the time has gone.” He did say that He Robert Plant and John Paul Jones are working on a special book commemorating their 50th anniversary that’s coming out in October.

There’s a new archival live project on the way from the band with more to come after that. He said, “I can’t give the game away, but there’s a recording that’s another multi-track that we’ll release, It’s so different to all the other things that are out there. It’s another view compared to How the West Was Won or The Song Remains the Same. I’m looking forward to people hearing that. There’s a lot of stuff to come out, a number of releases. I’d like to say that they’ll be coming out over the next 10 years. There’s more to come for sure.”

Page said there’s at least 10 more good live recordings that could be released. The 15th-anniversary of the live set “How the West Was Won” is also on the way March 23. – by John Beaudin