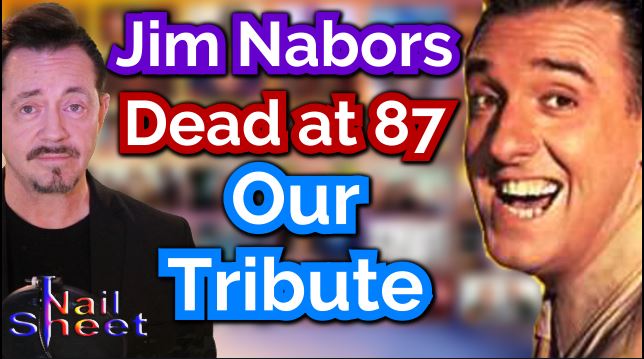 He was an incredibly talented man but he would be the last person to say that. Humble until the end Nabors. He once said, “I don’t think I’m much of an actor. The only part I ever played was Gomer. I’m the most surprised person around that I’m successful anyway.”

He was spotted at the Horn cabaret theater on Wilshire Boulevard in Santa Monica in the early 60’s by Andy Griffith who immediately thought that Nabors would be perfect for the part of the wide-eyed innocent Gomer Pyle for his TV show on CBS. So on the third season of the Andy Griffith show his character was created as a mechanic at Wally’s Filling station in Mayberry with the catch phrase of “Gawwwleee!” He was in 23 episodes and a spin-off series PVT Pyle which ran from 1964-1969 on CBS. The program was always in the Top 10 but in the end he quit saying he’d rather be an entertainer that just an actor. 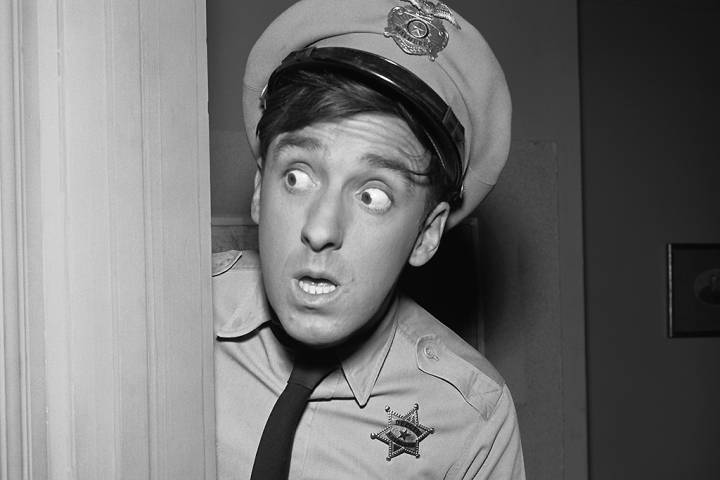 It would be impossible to talk about Nabors without mentioning that rich, operatic baritone voice. I remember as a kid trying to reconcile Gomer Pyle being able to sing like that. He recorded almost 30 albums with signature songs “The Impossible Dream” and for years would sing “Back Home Again in Indiana” for the opening ceremonies for the Indianapolis 500.

Nabors also had his own variety named after him from 1969-1971 where he had a chance to do it all – act and sing. He also appeared on “The Steve Allen Show, The Lucy Show, The Smothers Brothers Comedy Hour, Dean Martin Show, Carol Burnett, Johnny Cash, The Rookies, Sonny and Cher Comedy Hour, The Love Boat, Knight Rider, and the Andy Griffith reunion program “Return to Mayberry on 1986.

He did a few movies including “Take Her, She’s Mine” with Jimmy Stewart and three with his buddy Burt Reynolds “The Best Little Whorehouse in Texas” in 1982, “Stroker Ace” the following year and 1984’s Cannonball Run II”

He was born on June 12, 1930 in Alabama where he also went to university. He graduating with a degree in business administration. Before fame came along he answered phone at the United Nations.

He died yesterday where he lived in Hawaii, his home for over 30 years.

He married his partner of over 40 year Stan Cadwallader In January 2013.