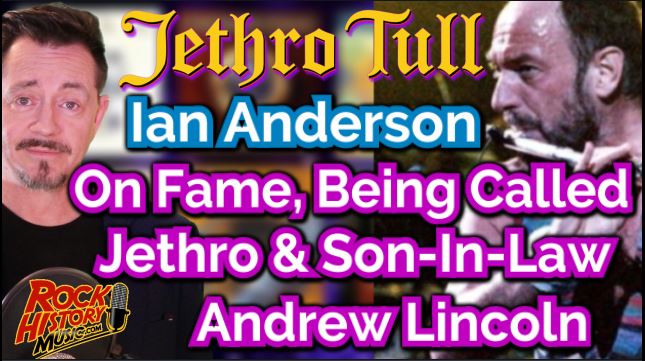 The band is set to celebrate their 50th anniversary this year. It all started for Jethro Tull in 1968 and the latest line-up will be touring the world this year. Check out dates at jethrotull.com.

A few days ago I had a chance to talk to Ian Anderson on the phone. It’s rare when I ask anybody about family members and I didn’t but Anderson did mention his son-in-law Andrew Lincoln of The Walking Dead when he answered my first question. Of course music fans know that he is not Jethro Tull, at least not in name alone, that’s the bands name and of course the inventor of the seed drill who died in 1741. I still get folks, now and then, thinking Jethro Tull is a guy. I asked him how often that happens? (Clip – 001)