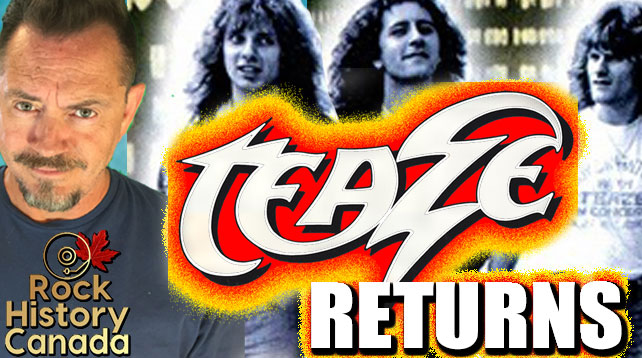 Interview Clip #1 – Why the Band Teaze Quit and Why They’re Back
I remember seeing Teaze opening for Triumph at Sinclair rink in Miramichi, which used to be known as Newcastle, New Brunswick In the summer of 1978. The band released five studio albums from 1977 – 1980. They had a lot of fans and came close to crossing over to the next level and now they are back. Three of the four original guys are back vocalist and bassist Brian Danter, guitarist Mark Bradac and drummer Mike Kozak. Guitarist Chuck Price will only be involved on a limited basis because of time constants. He will be replaced by new member Charlie Lambrick. They have sold out their comeback gig this weekend. I talked to Brian, Mark, and Mike.

For more information on the band, Teaze just up their band name on Facebook. We will have more from the guys in Teaze next week. – by John Beaudin