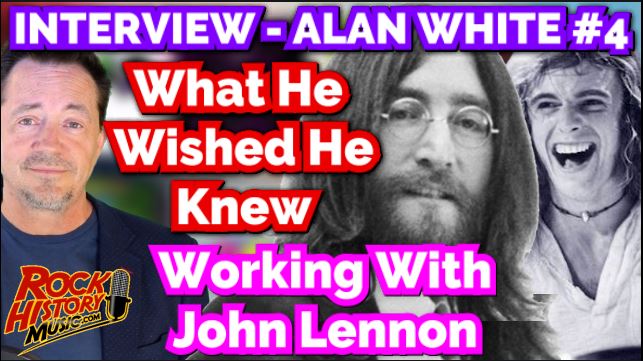 It’s a big year for Yes with their 50th Anniversary tour. A few days ago we talked to longtime drummer Alan White who worked with John Lennon and George Harrison before Joining Yes. We asked him if he was nervous on first working with Lennon? Also knowing what he knows now what advice he would have given his 20-year-old self.

Go to http://Yesworld.com for ore details