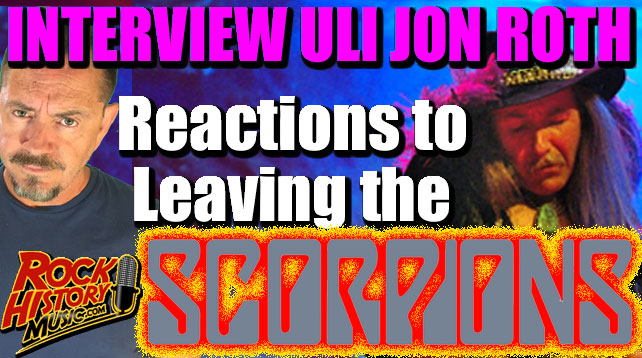 Interview Clip #4 – Uli Jon Roth On The Reactions To Him Leaving The Scorpions
May 16, 2019 – Roth recorded five albums with the Scorpions including the famous Tokyo Tapes live album and then created his own band Electric Sun and many other solo projects. I asked him about leaving the Scorpions.