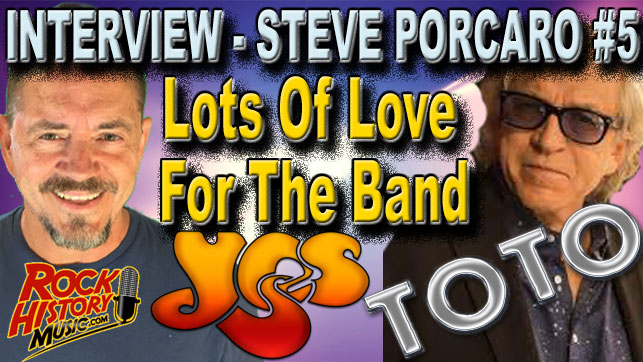 Steve Porcaro has been a Prog fan going way back. In a minute he’ll explain his early excitement for the band. We should point out in 1997 he guested on the Yes album, doing keyboard on the title track to ‘Open Your Eyes’…he was also on their “Union” album.

In 2016 Steve Porcaro released his first solo album in June 2016. Toto have just released “40 Trips Around the Sun’ a remastered greatest hits with three unreleased tunes. The band’s 2018 ’40 Trips Around The Sun’ tour start son July 30th in Vancouver, B.C. Canada and wraps up in Lynn, Massachusetts on November 17th. Go to totoofficial.com for details. – – by John Beaudin