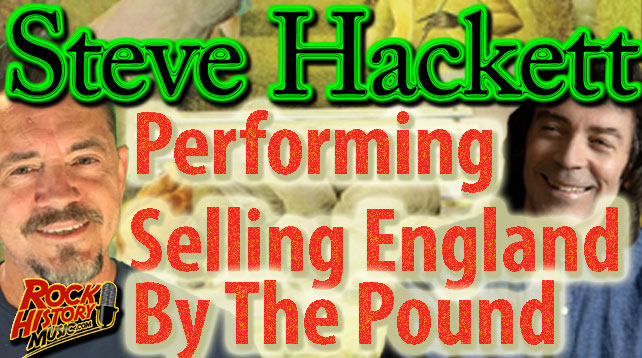 Interview Clip #1 – Steve Hackett Excited About Performing Selling England By The Pound I was very excited about talking to the former Genesis guitarist again, this time promoting his 26th solo album, “At the Edge of Light” which is being released on January 25, 2019. His concert plans for next year also includes doing thew crown jewel of Genesis albums in it’s entirety, “Selling England By The Pound.”(Interview Clip 005 – ) (Interview Clip 006 –) We will have more of our interview with Steve Hackett next week. Go to his website Hackettsongs.com – by John Beaudin CHECK OUT THE Anthony Phillips CLIPS ABOUT HIS STAGE FRIGHT WITH GENESIS