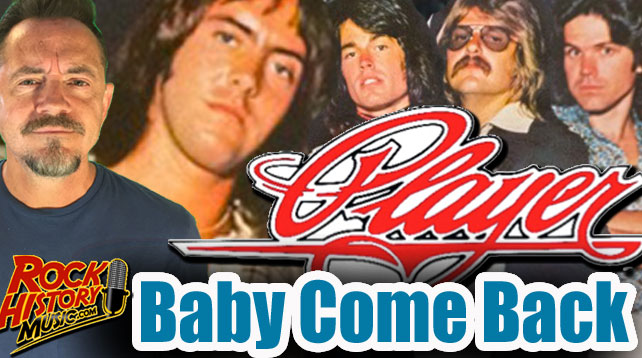 How Player’s “Baby Come Back” Was No Overnight Success
September 24, 2019 – Remember please subscribe to our channels and click the bell notification so you won’t miss any of our music news or interviews. Peter Beckett, the co-write and lead singer of “Baby Come Back” by Player was pushing 30 when the band reached #1 on the charts – It would stay there for three weeks in 1978.

Player formed in 1976 featuring Beckett on guitar and vocals, singer/guitarist JC Crowley, who he’d been in the band Riff Raff and later Bandana along with Ronn Moss on bass and vocals and drummer John Friesen.

All they guys had been around before Player but highlight Beckett who is our special guest. He was born in Liverpool, snuck into the Cavern Club and actually saw the Beatles, was invited to audition for the band Badfinger who were on the Beatles Apple label and was in the Prog band Paladin just to name a few groups. We will get further into it in the future episode with Peter Beckett. So fans might think Player was an overnight success but lots happened before that band was formed.

We will have a link to Peter’s site in the description of this video. It’s Peterbeckett-player.com

More from Peter Beckett next week. – by John Beaudin