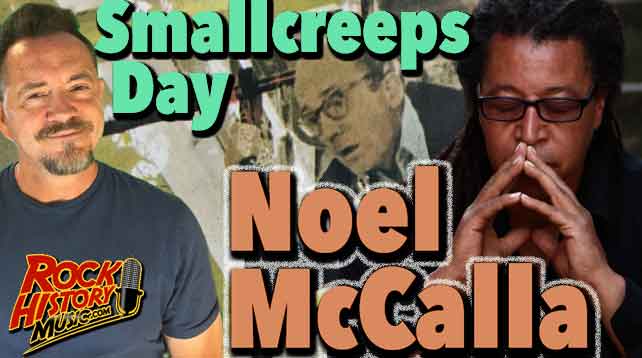 March 5, 2020 – Noel McCalla has been one, my favorite singers, for years. It started in 1980 on that first listen to Mike Rutherford’s first solo album, “Smallcreeps Day.” The Genesis guitarist was branching out at around the same time fellow bandmates Phil Collins and Tony Banks were doing the same.

Listening to that album became my go-to direction for introspection. That winter it didn’t only become my favorite prog album, surpassing anything from Genesis, it became my favorite album of all time.

The intensity, that bull strength. that Prog shows off, sometimes, like a peacock was all there as well as a few that melted me to tears like the last track, “At the End of the Day.”

I’ve had the pleasure to interview a few people on this project including its producer David Hentschel and former Genesis guitarist Ant Phillips who plays keys on the album. Talking to McCalla was a satisfying checklist from my bucket list. – by John Beaudin