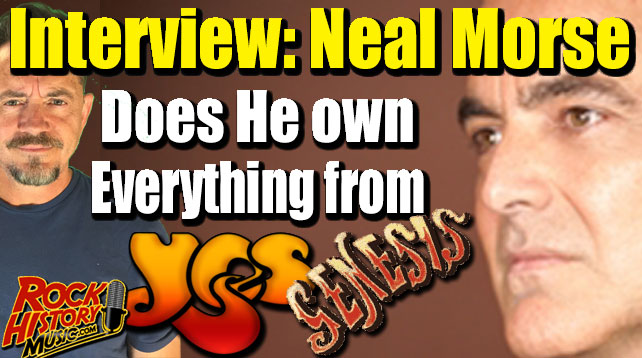 Interview Clip #2- Neal Morse Says Everyone Thinks He’s Owns Every Yes & Genesis Album
July 1, 2019 – Neal Morse has done much in the progressive rock vein during the years as a founding member of Spocks Beard with his brother Alan and then there’s Transatlantic and his own group The Neal Morse Group and Flying Colors. There’s a lot of there. So does he get pigeonholed? Do fans think he has every Genesis and Yes album?

CHECK OUT THE VIDEO FOR THIS STORY https://youtu.be/rfGU9-OXK5c

Neal Morse’s new album is the rock opera Jesus Christ – The Exorcist. Some people are calling it the 2019 version of Jesus Christ Superstar. Go to Neal Morse.com for details. We also have a longer feature on the album on our sister channel Rock History Book where Neal talks about the individual track ..there will be links to that in the description of this video. – by John Beaudin