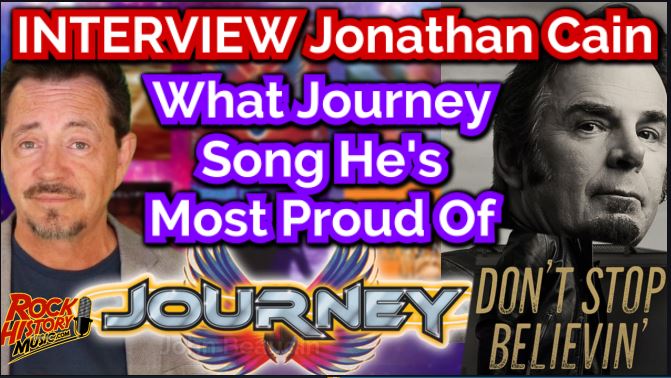 We asked Jonathan Cain what Journey songs he was most proud of. This is part one of an 11-part-series featuring our exclusive interview with Jonathan Cain. We asked him about that huge body of work, that famous intro to “Don’t Stop Believin’” and what advice he would have given a much younger version of himself when entering the music business.