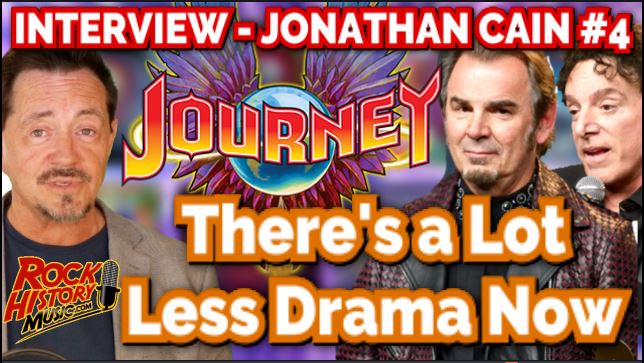 Jonathan Cain says he enjoys the vibe in Journey much more now that he and Neal Schon have ironed things out after their spat concerning rest of the band visiting Trump at the White House.

Also we asked Cain about that creative push-and-pull/yin-yang between him and Schon.

One of our common questions concerns our favorite rock stars being start-struck by other musicians…we asked Cain when that first happened for him?